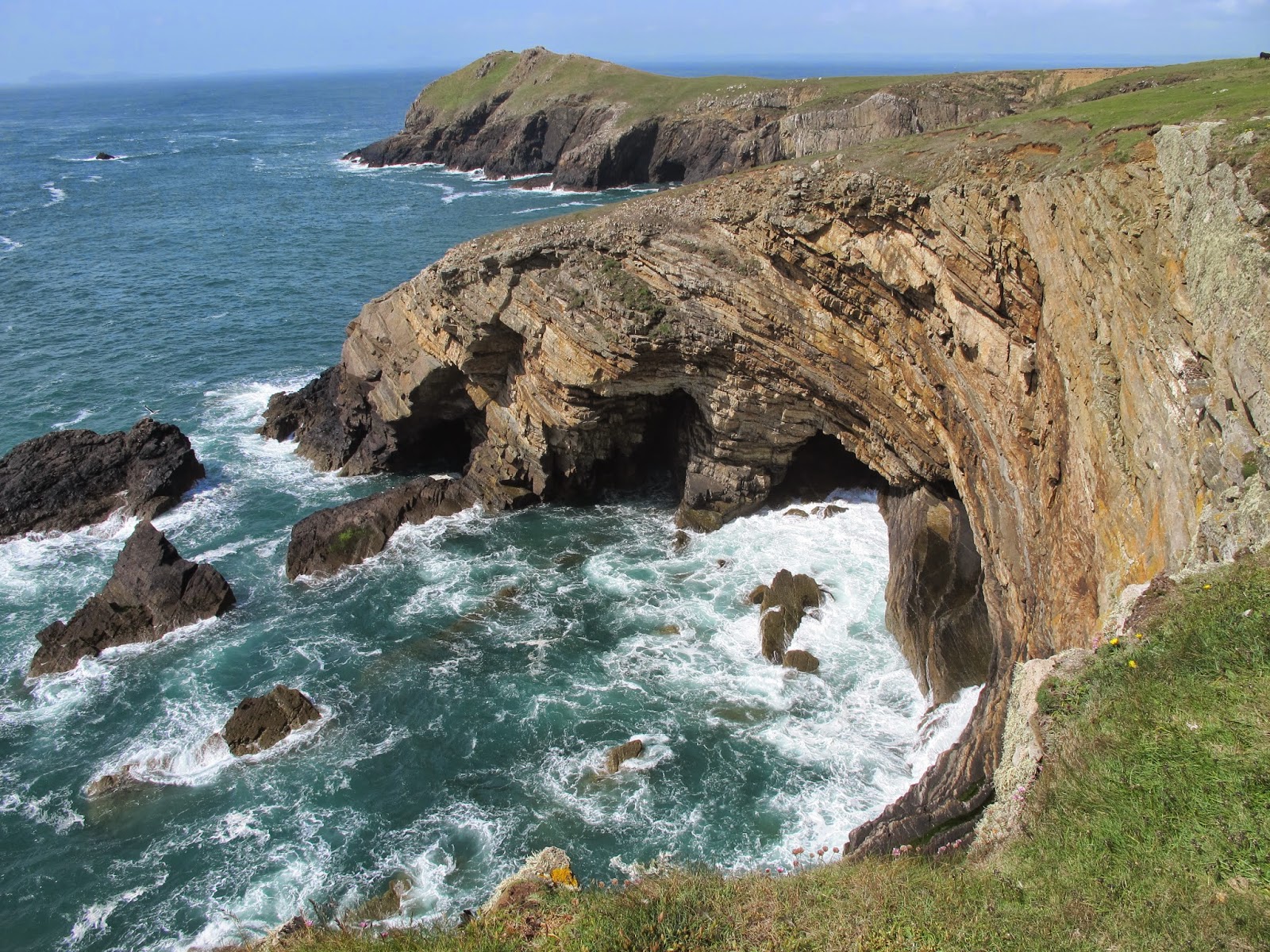 The other weekend we had the opportunity of visiting West Wales. Pembrokeshire to be precise. We had been speaking at a Fatherheart weekend conference and during the time off we had the chance to revisit some of the beautiful scenery of the Pembrokeshire coast.

I first went to Pembrokeshire in the late 1960s on a geography field course and enjoyed walking the cliffs and beaches of one of the most amazing stretches of coastline in the UK.  Returning many years later we went to some places that did not feature in the school curriculum. 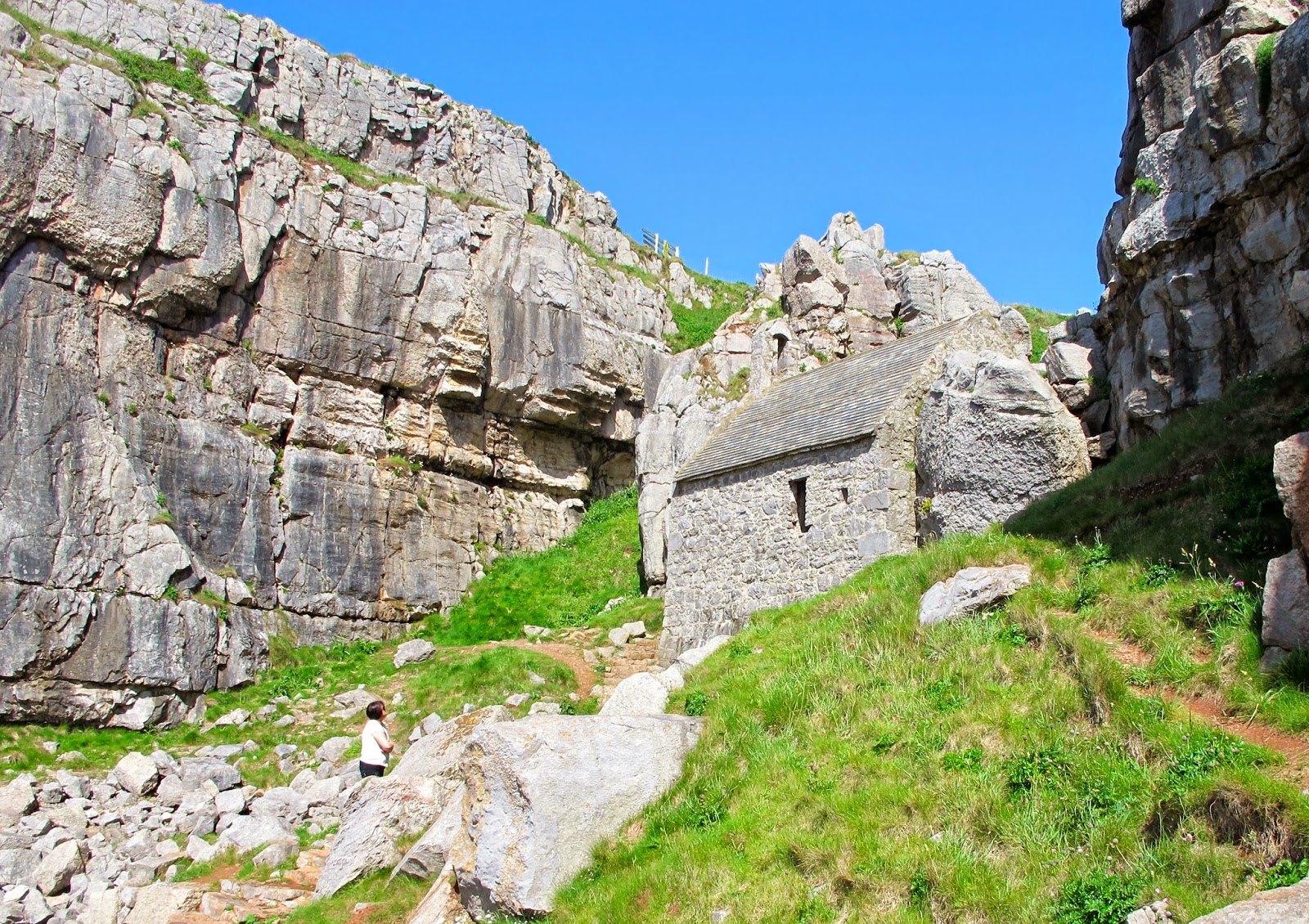 One such place was a tiny celtic chapel literally carved out of the side of a cliff on the south coast near St Govan's head. This chapel is named after the same saint who gives his name to the headland. This particular celtic christian man according to legend sought refuge from a marauding band of pirates on this windswept section of coast. He hid in the cleft of the rock so successfully that the pirates could not find him. In thankfulness he decided to build a small chapel there to commemorate his escape from being either killed or enslaved and settled there as a monk.  There has been a chapel on the site for nearly 1500 years ever since.

Visitors wanting to find the chapel today have to make sure that the local military are not firing shells across the ranges as it is now within a military training area. At the top of the cliff there is a steep flight of steps down that enter the back of the rock carved chapel.  Inside it is damp and dark with a tiny window which gives a beautiful view to the adjoining cliffs where sea gulls and fulmars are nesting.  On the high cliffs above a pair of choughs were calling their distinctive metallic calls. 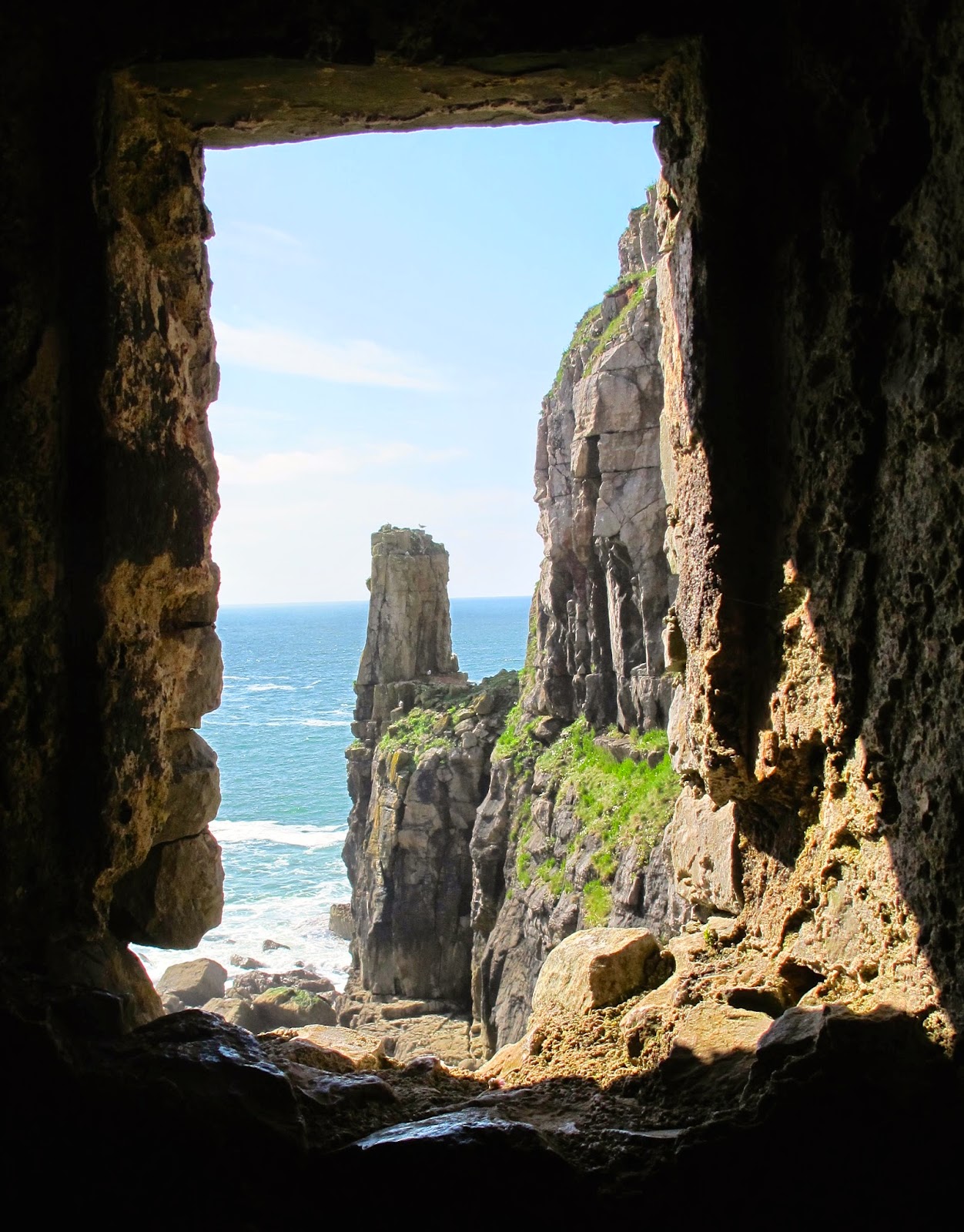 The chapel felt very solid and secure. It was comforting to know that for 1500 years christian people and monks had used this tiny place to pray and worship. I paused inside with my hand on the dank wall to connect with those people.  Places like this give a sense of continuity to faith and the past and people like me of long ago. The place speaks of being a hiding place in the cleft of the rock face where physically and spiritually people find refuge. We don’t often need physical hiding places these days in the western world unlike many people in the Middle East and sub Saharan Africa. In these parts of the world life is dangerous and challenging for many, particularly in those places where civil war and Islamic fundamentalism clashes with traditionally Christian areas.
We all have a need to find a hiding place from time to time either physically or emotionally or spiritually.  Govan in the sixth century found security in every sense of the word.

There have been times in my life when I have felt like hiding.  In some cases the need to hide was more a case of wanting to run away from facing situations that are hard and demanding. Equally I have discovered that there are times when the need within is to find that place of rest where we can figuratively hide and find a place of security from the challenges we face.  I have increasingly found that place to be within the loving heart of God as my Father. He holds us and embraces us with his secure loving arms. Whilst this is primarily experienced in a spiritual sense the impact has a very powerful effect on me emotionally and spiritually. It engenders a deep sense of wellbeing that impacts me emotionally spiritually and physically.  The imagery of hiding in a cleft of a rock is a powerful symbol that worked for Govan many centuries ago and still works today when we realise that only God can meet the deep need for a hiding place.
Posted by Trevor and Linda Galpin at 18:10 1 comment: