Island Hopping in Paul's footsteps, in the Med

Visiting two Mediterranean islands, both separate countries, in two weeks is a form of island hopping that I hadn't planned on. But on this journey following in our Father's footsteps that is just what we have done. Cyprus and Malta. One in the east off the coast of Turkey and Syria which is Cyprus and the other Malta, smack bang in the middle, 65km off the coast of Sicily and close to Libya.  Both islands strategically placed between Europe and the Middle East.

Linda and I have never been to either place before but we had heard about both places.  The reason for going to these islands was to lead conferences and teach on the revelation of the Father's love.  We discovered that we were also staying in places that the Apostle Paul had visited nearly two thousand years ago.  We stayed in Paphos on the western end of Cyprus where Paul had preached and planted a church.  According to the legends and tourist books there is a ruined church where there is a stone pillar which reputedly Paul was tied to and whipped at. The fact that the stone was apparently brought to the island in the 3rd Century AD seems to have been overlooked.  But it was amazing to be sharing the love of the Father and quoting the writings of Paul in a place where he preached.  I was delighted to be able to preach the same message about the amazing love that the Father has for us and echo his prayer that we would know this love that surpasses knowledge and be filled to the full measure of the fullness of God.  Knowing this love is experiencing the Father loving us as a reality in the present not just intellectually.

On Malta we discovered that we were back with Paul at the tail end of his life when he was ship wrecked on the Island of Malta. There is a bay called St Paul's Bay where he reputedly came ashore. There are catacombs linked to Christians on Malta and named after Paul.  Interestingly both places, Paphos in Cyprus and Mdina in Malta, the chief men of the city where he visited, became Christians.

There is an ancient Christian heritage in these Island. In spite of this the contemporary churches in the islands have not had much of an encounter with Father's love in the way that we have seen this spreading around the world. So it was a wonderful privilege to be able to minister this to groups of hungry people longing for an encounter with God as their Father.

We are enjoying following in the footsteps of our Father, going where he goes and surprisingly like many tourists and pilgrims have enjoyed following in the steps of St Paul in the bargain. 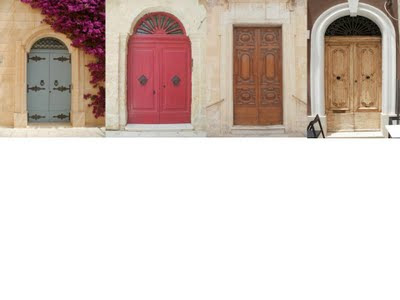 Posted by Trevor and Linda Galpin at 15:37