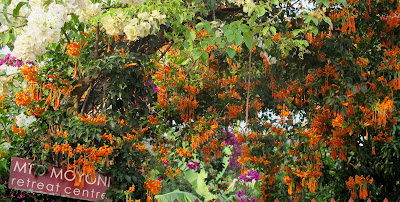 Having just returned from Uganda I thought it would be a good idea to put some photos up and give a pictorial account of the two week trip.


As many will know the security situation at Mto Moyoni was serious following a spate of burglaries and the murder of the German next door neighbour by thieves who broke into his house.  This created a huge police presence in the immediate area and lots of anger among the local village community who were complaining about lack of police presence in the area generally.

We are pleased to say that on our arrival walking in the gates of Mto Moyoni was like walking into an oasis of calm and peace as always.  The staff where relaxed and trusting and very pleased to greet us.  We led a staff retreat one day and shared about the servant heart of sons. This was a wonderful time and we could see that the staff, made up of gardeners, kitchen staff, office staff and housekeepers totally identified with the vision of Mto Moyoni and were living in the revelation that God is their Father.  It was so good to have been with them. 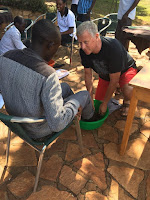 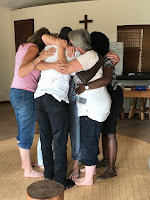 We then held a pastors conference at the youth centre at Mto. This was another great time with open hearts and men and women deeply drinking of Fathers love.  Maggie, one of the Mto Moyoni staff shared and was able to pray the love of the Father over these people.

At the middle weekend there was a gathering of about 25 people from across Uganda, African and Muzungu (whites) who we have been privileged to get to know over the last 8 years. It was very open and joyful event with a deepening of revelation and love for Father and one another. 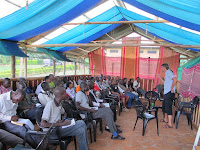 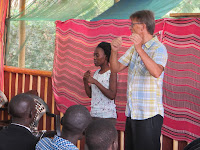 The last week was the Fatherheart Ministries A School which welcomed about 50 people, well over half being deaf pastors and leaders.  The other part of the group were all pastors from the region in Uganda of Karamoja. 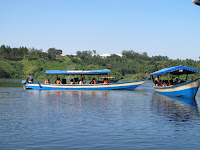 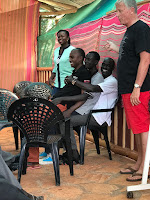 The Karamajong are a semi-nomadic tribe very closely related to the Masai of Kenya and Tanzania.  They are pastoralists( Cattle herders) and live in the north east of Uganda.  They are considered very warlike and different from the rest of Uganda so tend to be despised and feared.  Thus we had two very marginalised groups sitting together and experiencing the love of the Father.


It was an amazing week.  The level of openness was unlike anything I have ever experienced in Africa or indeed anywhere. 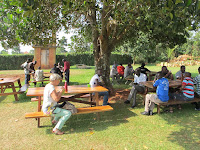 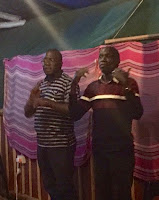 One of the highlights was the time Philip, a Karamajong pastor who we met in 2009 and was part of the team, shared his testimony.    I was deeply touched by his heart and life, a man who has never had a day in school but had been taught by the Holy Spirit to read and speak English. My heart nearly burst for joy when he talked.  When we shared the Father's embrace with everyone I went to Philip to receive and I was very deeply touched.   The sense of the presence of God was incredible. 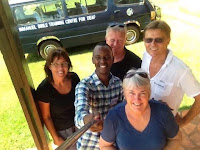 It was very good to share the whole time with Ingrid Wilts who runs Mto Moyoni and has lived in Uganda for over 25 years. Also Winette Hubregste who whilst being based back in the Netherlands is still an integral part of the ministry in Mto.  Then for the A school we were joined by Gunnar Dehli who leads Deaf Ministries International and has been a key person in bringing the revelation of the Father into the Deaf community.  Maggie from Mto and Philip were also part of the team

During the week the plans for an A School in South Africa next February 2018 were finalised. We are delighted that Philip and hopefully also Maggie will be joining us on team for that School in Pretoria.  We are looking to cover their flights and costs next year through gifts and offerings.  If you want to help with this here is the link.  Donate towards Maggie and Philips fares. 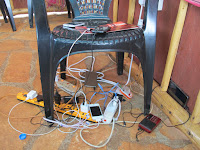 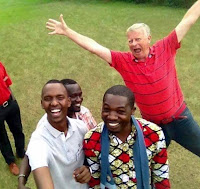 We are so thankful for the support and encouragement received for this trip. Every thing was covered and we were able to bless  all the pastors by subsidising  and sponsoring them.
Thank you for your part in helping us and partnering with us to facilitate this time.
Posted by Trevor and Linda Galpin at 11:36